Is God in His Holy House”

Thank You For Your Support! 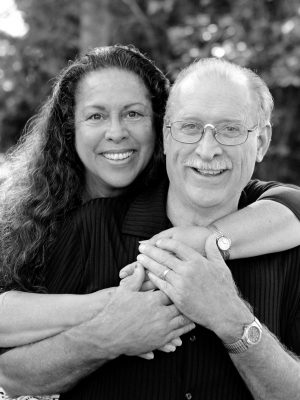 Bob & Gloria’s desire to connect with likeminded people wanting to share the love of God with compassion through; missions, fund-raising and prayer support for those on the ground in communities. Their hearts are to raise awareness for the needs in Kenya & Uganda and India. Providing them with hope, stability and opportunity, H2H’S Orphans and widows have been doing projects for the last five plus years which has allowed them to be empowered and productive in their communities.

Bob & Gloria’s hearts are blessed in Heart 2 Heart Hand N Hand International by making a difference, loving people where they are and sharing this love with others to make a lasting difference in the lives of people in need. They invite you to join them in helping others by volunteering, praying or donating and doing God’s will.

H2H recognized a need for sustainable food sources for African communities. H2H has rented land for gardens, seeds, hand tools and training in agriculture. They were able to grow maize/corn, cabbage, potatoes, tomatoes and other vegetables.  We have also purchased protein sources like chickens, goats, quail and lamb to raise and breed for future generations.

Medical supplies, hygiene products, doctor visits and transportation to the doctor are all very costly in Africa. Many children are born with AIDS or have serious medical problems and are in great need of medicine and doctor visits. H2H welcomes volunteers that are doctors, nurses, dentists or counselors to assist in Africa. H2H also needs donations to help these children get the medical care they need.

H2H has been working in Kenya to grow crops for the community. Seeds are needed every year to grow new crops. H2H holds “Seeds For Africa” fundraisers every year. Please support H2H in sending seeds to Africa. This program provides nutrition, education, and stability to the local community.

H2H supports an orphanage in Kenya, Africa. This orphanage houses 20 children and has 4 outreach children. Money for school fees, clothing and basic needs is needed to support these children. These children can be sponsored monthly with a year commitment as a God Parent. Contact H2H to learn more about these children or go the the donation page to sponsor a child in need.

H2H is also raising funds to create a transition home in Uganda for children ages 3-17 that have been rescued from traumatic situations. Staff and supplies will be needed in the future and funds are needed now to plaster the walls to make this building a functioning transition home.

Educating a child, empowers a child. Many children in Africa do not have the opportunity to go to school. Some schools consist of children using sticks to draw letters and numbers in the dirt. Basic school supplies are very appreciated by the children in Africa. H2H is committed to providing basic school supplies and clothing so children can attend school. Donations of items or money to buy them is greatly appreciated. Contact H2H to donate items in needed.

H2H is dedicated to helping African communites create wells that produce clean water. The water sources in Africa are contaminated and sometimes very far away. The cost of a clean water well is about $6,000.00 US dollars which will include a 500 gallon holding tank and all other needed items for the water to be used.

In Maliki Village, Kenya Heart 2 Heart Hand N Hand supports partners, Samson and Gladys with projects like clean water well creation, sustainable farming projects, community education and basic needs for the children in His Family Youth Center. Their dedication to the children and their community is admirable. Samson is praying to build up the Christian Family Church more. We have several outreach programs planned for the future that are intended to improve the lives of the community members here. Monthly support is needed for staff, food, education and hygiene products are needed for the children of His Family Youth Center in Kenya, Africa. H2H is praying for those wanting to help support our awesome staff in Maliki Village, Kenya as they take care of these orphan children.

We are continually working with partners to better the living conditions and hearts of the children in Maliki Village, Kenya. Some of the projects we are working on are gardening, sewing, raising livestock, education, building repairs, well drilling, mattress replacement, mosquito nets, church building, solar power as well as sharing the word of God and relationship building. The children of His Family Youth Home are growing fast. We are proud to say many orphans have graduated and are moving on to being a productive and positive part of their community. We are very great full to the support we have been given, but still have a long way to go. If your heart is leading you, please consider donating or sponsoring a child in Kenya today.

Why We Do It

Heart 2 Heart Hand N Hand International (H2H) exists to connect people who want to share the love of God and compassion with those in need by providing food, water, shelter, medicine, education, transportation and self-sustainable projects for children, widows and their communities. We are dedicated to helping train and support local staff (nationals) to connect professionals in various areas to accomplish many sustainabiliy projects.

Although H2H works along side other organizations in sharing God’s love and message, it is not directly affiliated with any organization, church or ministry.

Helping the Children of Batwa

This is Richard Mwesigwa From Kabale, Uganda. He is a H2H Inlt partner. He runs a safari in Africa and learned of the Batwa on a gorilla tracking in the Bwindi Impenetrable Forest National Park, home to Gorillas and the previous home to the Batwa. Richard's heart is for the sweet children of the Batwa. His efforts are on empowerment for food, security, income generation, healthy bodies and souls. The Batwa have become his family he has advised them, shared meals and footed some of the medical bills any time they came to him. They have become good friends, we know them they know us. Richard plans to continue to help the Batwa in every way he can and H2H Intl wants to help also. Your generous donations are very appreciated!

The batwa are an indegenous people of the forest who lived together with the gorillas before conservation in early 90s, these people lived and guarded the forest and gorillas as their home. They harvested honey, tree leaves, fruits and hunted small wild game for food, but the government misunderstood that and cast them out of the forest without any clear resettlement and compassion plan. Today the Batwa are living as squatters on other peoples land. Having had no survival skills in the new environment, the Batwa live an un-certain lifestyle with no housing, land or even basic needs of life meanwhile facing a lot of stigmatization, exploitation and marginalization with many people regarding them as useless subhumans. Their children have no future and do not go to school, this has led to continued increase in poverty levels. The Batwa have the highest child death rates in Uganda. More than half of the children of landless Batwa die before the age of five and are killed by preventable and treatable diseases. Such diseases include malaria, dysentery, diarrhea, HIV/AIDS, pneumonia, Acute Respiratory Infections and Malnutrition, a disease of poverty has claimed most of the Batwa lives. Adults fare only slightly better. Over 70% of the world’s hungry live in underdeveloped countries. Women and children are most negatively impacted. Every ten seconds a child dies of malnutrition, making up 45% of all child deaths under age five in developing countries. Among the Batwa, child survival is minimal and very few make it to age five. The causes of death are preventable. With all this the batwa remain a very happy people with great love for music and live to share their culture with others. You can be a hero and save one or two innocent souls in rural Uganda by donating today. 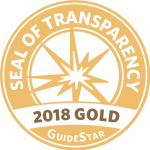 501 C 3 Non Profit Organization
Donations are Tax Deductible
Institutional Relationships
Although H2H works along side other organizations in sharing God's love and message, it is not directly affiliated with any organization, church or ministry.

Donate While You Shop